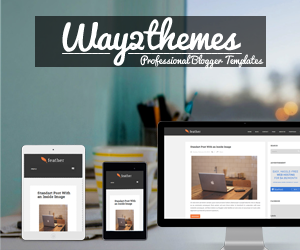 Beyond The Call - Dutch Arms Deliveries To Ukraine The Netherlands was one of the first European countries to pledge significant military aid to Ukraine before Russia launched its invasion of the country on the 24th of February. This aid consisted of two Thales Squire ground surveillance radars, five AN/TPQ-36 Firefinder weapon-locating radars, two SeaFox autonomous underwater vehicles for mine detection, 100 (anti-materiel) sniper rifles along with 30,000 rounds of ammunition, and 3000 helmets and 2000 flak jackets. [1] After the invasion had commenced, an additional aid package that included 50 Stinger MANPADS launchers with 200 missiles and 50 Panzerfaust 3 anti-tank weapons along with 400 rockets was quickly announced. [2] Not much later, the Dutch Minister of Defence announced it would no longer provide details on arms deliveries to Ukraine to safeguard operational security. [3]

Nonetheless, it is certain that the flow of military aid to Ukraine continued unimpeded, with the Dutch Ministry of Defence reporting that it had delivered more than 50 million euros worth of weapons to Ukraine by the 31st of March. [4] That amount was to further increase as the Netherlands continues sending military aid, the Dutch Minister for Defence Kajsa Ollongren stated, indicating more weapons deliveries were already in the pipeline. [4] As a welcome change in the Netherlands, the Minister also made clear that money was not a major consideration when it comes to providing Ukraine with the armament it requires to hold off Russian forces. [4]


On the 19th of April, it was announced by Dutch Prime Minister Mark Rutte that the Netherlands would commence delivering heavy weaponry, including armoured fighting vehicles (AFVs), to Ukraine as well. [5] This pledge came after a call between Prime Minister Rutte and President Zelensky, who has urged European countries to provide his nation with additional heavy weaponry on more than one occasion. While the United States and several Central European countries have duly answered this call, nations like Spain, Italy and Germany have largely ignored Ukraine's plight, with Germany even managing to turn the issue into a foreign policy debacle as pressure on its government mounts.


Although the Netherlands has already disposed much of its heavy weaponry in the past two decades, with weapon systems like the Leopard 2A6 MBT, the M270 MLRS and Cheetah SPAAG all having faced the axe under budget cuts, the Dutch Army still maintains a sizeable stock of AFVs and other heavy armament retired over the past decades. Most of these are currently stored in a number of military depots awaiting a possible foreign buyer. This includes up to 500 YPR-765 APCs and AFVs, and thirteen 155mm FH-70 towed howitzers. [6] The latter have been in storage since 2001, and are unlikely to ever find a buyer. Similarly, any future revenues gained from a YPR-765 sale will likely yield little more than the costs of storing them (with the type not seeing active service since 2012), thus paving the way for their transfer to Ukraine free of charge.


But in a surprising turn of events, reports now indicate that the Netherlands is in fact planning on providing Ukraine not just with AFVs, but also with a number of highly advanced 155mm Panzerhaubitze 2000NL (PzH 2000NL) self-propelled guns (SPGs). [7] Under the arrangement proposed, the Netherlands would provide a number of PzH 2000s (believed to be 6 to 8) while Germany would train Ukrainian soldiers to use the SPGs on German or Polish soil, as well as provide the necessary ammunition. The PzH 2000s would be the most capable ground-based fire-support assets provided by any country to Ukraine so far, and a clear indication of how serious the country is about its support. With much of the weaponry delivered by Ukraine's allies thus far being of older or surplus stock, the delivery would mark the Netherland's ascent to a very select group of nations that have been willing to pledge such a degree of support.

The PzH 2000 represents one of the most modern SPG designs on the planet, combining survivability, mobility, long range and high firing rate with a variety of modern munitions for maximum effect on target. This includes the ability to engage in Multiple Rounds Simulatenous Impact (MRSI) engagements, wherein the autoloader automatically selects charges that will cause up to five munitions to follow a trajectory that will result in their simultaneous impact. To aid in such missions, it even features a muzzle velocity radar over its barrel, which measures the muzzle velocity of each fired round for accurate fire correction. Though smart munitions that allow precision guided strikes are available, it is uncertain if Ukraine would receive such special munitions – though the Dutch weapon locating radars could be a major boon to their effectiveness as well. Though the PzH 2000 is a hardy piece of equipment, it would ideally enjoy support of additional SAM systems to protect them against Russian (armed) drones, which have already targeted Ukrainian artillery positions and hideouts on numerous occasions.

The Netherlands purchased a total of 57 PzH 2000s in 2002 to replace the M109 SPG in Dutch Army service. Under budget cuts announced in 2003, it was stipulated that only 39 PzH 2000s would enter service with the Dutch Army. [8] Rather than paying a hefty cancellation fine, the other 18 PzH 2000s were immediately put up for sale after they were built. [8] A year later, the Dutch Army also had to retire its 24 M270 MLRS systems under the same budget cuts. Two additional rounds of budget cuts in 2007 and 2011 forced the Dutch Army to retire another 12 and 6 PzH 2000s respectively, ultimately leaving just 18 SPGs in active service, with several more used for training. [8]


The drastic change in European security outlook brought on by the 2014 Russian takeover of Crimea and the War in Donbas forced many European countries to rethink their defence policy. This situation was no different in the Netherlands, with the government now looking to reverse the country's two-decade long policy of budget cuts that had eroded the capabilities of the Dutch military. Even though the funds necessary to effect that change have yet to be secured, the Dutch MoD has already taken its PzH 2000s off the market. [9] As artillery played a key role in the War in Donbas, it comes as no big surprise that the Dutch Army now once more views its PzH 2000s as important assets, and is simultaneously looking to reinstate rocket artillery. Fortunately, no buyer had ever been found for the PzH 2000s that were put up for sale immediately after their assembly.
As an initial step, the twelve PzH 2000s that were phased out in 2007 were taken out of storage and put through an extensive overhaul. [10] Six of these re-entered service with the Dutch Army (for a total of 24 SPGs used operationally) while the other six replaced PzH 2000s already in service (which were put in storage). [10] From 2026 onwards, 25 of the 57 PzH 2000s will undergo a midlife update (MLU), and it's not unlikely that this number is set to increase as additional funds for the military become available. [11] In this light, the supply of at least six PzH 2000s to Ukraine from Dutch Army stocks while Germany has greater numbers of the type in storage is certainly curious. It is possible that the Dutch PzH 2000s given to Ukraine will in fact be replaced by an equal amount of German PzH 2000s, which would make some sense given that the Netherlands is essentially making up for German lack of resolve in providing Ukraine with heavy weaponry. 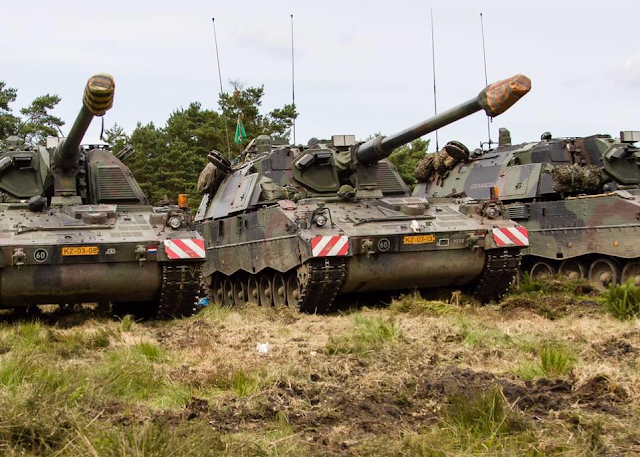 Perhaps less advanced, but certainly more numerous could be the AFVs slated for delivery to Ukraine. Although the type to be supplied to Ukraine wasn't disclosed, it is almost certain this concerns the YPR-765 series of AFVs, of which some 500 examples should still survive in storage after their retirement in 2012. [12] [13] The variant in question is most likely an APC armed with a single 7.62mm LMG or 12.7mm HMG, with most YPR-765 IFV variants armed with a rapid-firing 25mm cannon already having been sold to Egypt and Jordan. While less capable than the IFV variant, the relative simplicity of the APC variant means that very little training, maintenance and logistics are required. In fact, Turkey supplied a number of its own YPR-765 APC variants (the ACV-AAPC) to forces in Syria and Libya during its military operations for the same reasons.

Much like the FV103 Spartans and 200 M113 APCs to be given to Ukraine by the United Kingdom and United States respectively, the YPR-765 APC variant is an essence an armoured battle taxi that relies on its good mobility and small size rather than its armour protection to safely transport infantry to and from the battlefield. Apart from sporting marginal increased armour protection over the FV103 and M113, the Dutch YPR-765s also come with large stowage baskets and an armoured cupola to protect the gunner. Their main advantage over the Mastiff and Wolfhound MRAPs and Husky IMVs delivered by the UK is their ability to navigate rough and muddy terrain, an ability certain to come in handy in Eastern Ukraine's fields, which are infamous for the unforgiving going during the rasputitsa (or rather bezdorizhzhya, as Ukrainians would refer to it).


Although thus far the artillery pieces in question seems to concern only the PzH 2000s, a case could definitely be made for the transfer of the entire stock of FH-70s as well. Originally acquired as a batch of fifteen in 1990 to help keep Dutch artillerymen current while their M114 howitzers were undergoing upgrading, these guns eventually saw use until 2001, when they were stored and later put up for sale. Already a relatively dated design at that time, no buyer for them was ever found. The FH-70s can fire all European and U.S. 155mm rounds, and their 24km to 30km range (depending on the shell type used) and mobility (achieved through an engine that allows the gun to move at 20km/h) offers a significant improvement over most towed artillery types currently in Ukrainian service. Training and ammunition could be provided by either Estonia or Italy (which both still operate the FH-70), ironing out the remaining specifics of the deal. The fact that these guns can be supplied without eroding Dutch military capabilities and at virtually no cost would certainly be welcome as well.


Many NATO countries have answered the call to provide Ukraine with heavy weaponry, but it could be argued that the Netherlands went above and beyond the call. In doing so, it not only provided some of its most capable systems, but it also made up for the indecisiveness of its neighbour, allowing the German government to at least save some face under the NATO alliance. It would not be too surprising to see the Netherlands being compensated for its loss of PzH 2000s by Germany in return.

For Ukraine, the PzH 2000 would be the most capable ground-based fire support asset it has yet acquired, especially when combined with the Dutch weapon locating radars. With the delivery of U.S. and Canadian M777 towed howitzers, Polish and Czech SPGs and MRLs, French Caesar SPGs, Dutch PzH 2000s and perhaps soon Belgian M109A4BEs, Ukraine is rapidly assembling one of the most unique artillery arsenals on the planet, showcasing the resolve of NATO members in supporting Ukraine's sovereignty against Russia's belligerence.